“We monitor our traffic signals every day, and when we pull ’em up, we want a second-by-second response from the signals. That’s what ENCOM’s spread-spectrum units are giving us — they don’t falter.”

Blocking Progression’s Path
The City of Brampton, Ontario, Canada, has traditionally relied on a major telecommunications company to keep its traffic signal control systems running smoothly. However, the city’s relationship with the telecom giant has been somewhat of a bumpy road.

While the city pays the telecom provider a monthly fee for existing traffic communication lines, faults in Brampton’s grid have all too often been met with disagreements, stonewalling, and long delays in resolving the issues.

If one traffic signal is out of sync, then the rest of them are going to be out of sync. And that can have a major impact on progression — the traffic flow through the major arteries of the city. Pedestrians are saying there isn’t enough time to cross the intersection. We get phone calls from members of the public telling us: ‘It’s taking an extra half-hour to get home.’ And we may or may not get calls from city councillors saying the same. 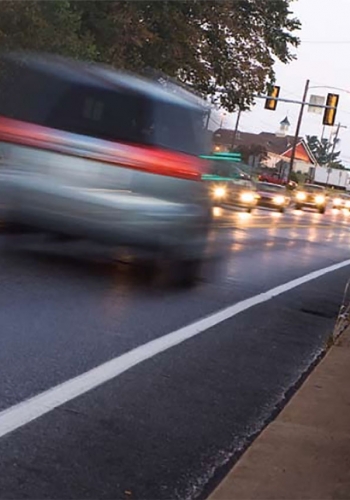 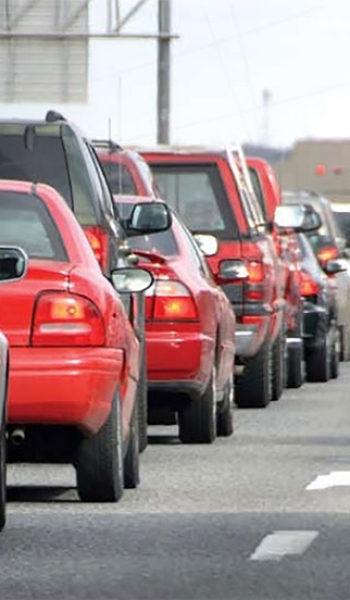 Expanding the grid with spread-spectrum technology
In late 2006, the City of Brampton turned to ENCOM Wireless, which manufactures the most powerful, reliable and widely used industrial wireless RS-232 communication system in the world.

In trouble spots, and in areas where Brampton’s growth has seen new intersections built beyond the city’s copper grid, ENCOM’s Model 5100 and 5200 radios have been employed to create a wireless network that connects to the existing system.

To date, the City of Brampton has converted more than 30 of its traffic intersections over to wireless communication, using ENCOM’s robust, reliable and reputable point to multipoint interconnection.

No headaches, no mysteries, no arguments
For those working in the City of Brampton’s traffic management centre, the difference has been like night and day.

No headaches, no mysteries, no arguments and no service calls.

Communication at those locations, has pretty much been bang-on. I don’t recall having to send anybody out to look at any of the networks where ENCOM’s equipment is installed. We monitor (the traffic signals) every day, and when we pull ’em up, we want a second-by-second response from the signals. That’s what ENCOM’s spread-spectrum units are giving us — they don’t falter.

According to recent traffic-industry studies, trenched copper cable costs as much as 10 times as Spread Spectrum wireless networks, while the price tag for buried fiber optic cable can be 15 times as large.

Ease of deployment is another ENCOM advantage. Because its radios operate on license-free frequency bands, they can be positioned and repositioned, at will, without any government red tape.

Instant gratification
The City of Brampton is regularly adding ENCOM’s Wireless Interconnect Units at trouble spots throughout the city.

And ENCOM’s hassle-free, easy-to-use technology continues to be a revelation at those new intersections.

The City of Brampton has often been forced to wait for up to one to two years for the telecom giant service provider to hard-wire new traffic signals to its existing ITS grid.

Now, we add one of (ENCOM’s) Spread Spectrum units, and it’s — boom! — right there. It’s instantaneous. This is especially important for new signals, the controversial ones that some people feel aren’t warranted,” adds Hutton. “If we don’t have (a link to the traffic grid), if we can’t sync it up with anything, it’s noticed even more. People say: ‘We told you you shouldn’t have put it here. It’s making a mess of traffic.’ But if we get (a link to the ITS grid) out there right away, we can show people we’re making the traffic signal work the way it’s supposed to.