“That’s the beauty of the way ENCOM has handled this right from the start, they didn’t abandon the old equipment. They basically developed an interface to the old stuff to work with the new stuff until the time came to replace it.”

It was a snap decision, but one that keeps rewarding the City of Burnaby again and again. Back in 1998, Burnaby’s traffic management division had already begun using serial radios from ENCOM Wireless to provide communication with some of its 225 traffic controllers.

But traffic officials in this city of 200,000, located in the center of the Greater Vancouver Regional District on Canada’s West Coast, were singing a refrain that was frustratingly familiar to their counterparts in other North American centers.

Burnaby’s Intelligent Transportation System (ITS) operations were entirely dependent on leased telephone lines that ran directly to the majority of the city’s traffic signals— and cost the city $110,000 a year.

A total waste of money, really. We were having problems with the telephone system. It wasn’t really reliable, and it was very difficult to troubleshoot, because (the telecom provider) would dump it all back in my lap. It was a recurring cost for equipment we never owned and didn’t have any control over. I had one of my technicians check the phone system, because I wanted to see how many intersections were online… by that point, we were probably 25 percent on the radio. As it turned out, half the telephone stuff was offline. I said: ‘You know what? Phone ’em up, disconnect them all, and I’m going to start buying radios with the money we save.’ We went whole-hog into radios.

More than a decade later, Baillie has been rewarded many times over for his leap of faith. Thanks to a long-term partnership with ENCOM, the City of Burnaby has a constantly evolving, state-of-the-art traffic interconnect system using reliable, field-proven wireless technology—and an extra $110,000 in its annual budget. 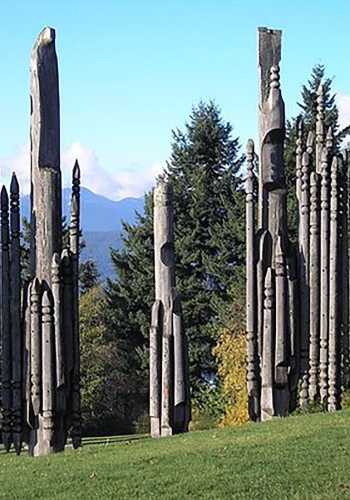 The evolution of Burnaby’s wireless interconnect system continued through the late 1990s with the installation of Model 5200 serial radios in the rest of the city’s traffic cabinets.

Then, another big step in 2005—the transition to a wireless broadband Ethernet-based system. The City of Burnaby chose ENCOM’s 5.8 GHz, license-free, 54Mbps broadband radios. This future-proof system would provide a veritable quantum leap in information-carrying capacity and open up whole new avenues for the centralized traffic management that the city was deploying.

This cutting-edge ITS consists of real-time connectivity to all traffic controllers, CCTV cameras, and vehicle detection systems, and allows the city to monitor and manage all traffic incidents from its traffic management center.

Along the way, ENCOM helped City of Burnaby traffic officials make a smooth transition from serial to broadband technology, integrating the old legacy equipment into the new network and then gradually phasing the serial communication system out, helping to maximize the City of Burnaby’s benefit from its previous investment.

The Model 5200 RS-232 wireless modems were replaced with CommPAK BB 58 radios, which are deployed in point-to-multipoint configurations through the very hilly and forested terrain in Burnaby.

ENCOM’s wireless solution was infinitely more preferable to the wired alternative, in terms of budget and logistics. In fact, the idea of buried copper or fiberoptic cable is so prohibitively expensive that it was barely considered.

Presently, of the city’s 230 traffic controllers, about 170 have been converted to broadband Ethernet, while the rest, connected through serial interface, will be updated to the new standard by early 2010.

The total cost of all the (ENCOM) radios, when it’s all said and done, will be maybe $1 million,” he says. As for copper or fiber… we have nothing in the ground. I’ve got maybe a grand total of 10 kilometers of conduit I can use (in a city with 940 kilometers of roads and lanes). So to go from nothing to a full trenched network, I’d say that even the cheapest way possible would still be $10 million, minimum.

Burnaby presents a challenge for a wireless system, with dense foliage, large amounts of rainfall, and elevation ranging from sea level to 1,200 feet atop Burnaby Mountain, with hills, ridges and valleys.

However, the careful establishment of what will eventually be a dual-band 2.4 GHz and 5.8 GHz wireless mesh network—with more than 200 nodes in place to date—now provides excellent coverage throughout the city, even in near-line-of-sight situations where foliage and building penetration are required.

Sure enough, when we first set it up, it worked like a charm. Significantly, the City of Burnaby got 10 years’ worth of life—and occasionally more—out of some of ENCOM’s serial radios before they were phased out. That’s the beauty of the way ENCOM has handled this right from the start, they didn’t abandon the old equipment and say, ‘Sorry—we’re cutting you off now.’ They basically developed an interface to the old stuff to work with the new stuff until the time came to replace it. 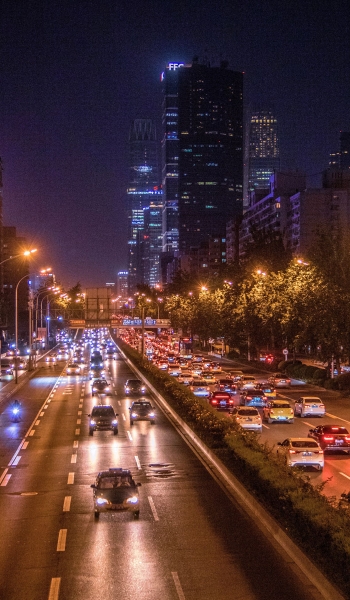 Thanks to ENCOM’s expertise, long-range planning and enhanced customer service, the City of Burnaby enjoys a state-of-the-art traffic management system.

Burnaby’s wireless ITS network provides second-by-second communications to all Ethernet-based equipment in its traffic cabinets, with the capability of providing enhanced timing and co-ordination plans for smoother traffic flow.

In a relationship that stretches back nearly 15 years, ENCOM has also provided the City of Burnaby with a win-win scenario: enhancing service immeasurably from the old leased-line scenario, while also improving the bottom line.

The big thing is the support we get from them. They’re very proactive. If you bring them a problem, they work on it until they fix it, and they’ll make changes to the product quickly to adapt to a situation you run into. They’ve got good equipment. They work hard to keep it current and relevant. And they certainly stand behind their product.”

What’s Next?
Baillie says Dynamic Message Signage (DMS) is a distinct possibility. His traffic management division is looking into using the Ethernet-based wireless system to establish a communications grid for city vehicles. Mobility is a key advantage of an ENCOM wireless broadband network, and increases efficiency and service delivery within the municipality.

BAnd future goals are to broaden the scope of the 5.8 GHz network to
provide additional access to other city departments, such as waste and
water management and parks and recreation.