Boomtown needed innovative solution
Calgary is known worldwide as the Stampede City, thanks to its annual 10-day rodeo and Western fair billed as the Greatest Outdoor Show on Earth.

But the Calgary Stampede might also be a fitting description for the city’s extraordinary population boom of the past 30 years. Since 1980, the oil and gas hub at the foot of the Rocky Mountains has attracted so many new residents that it has tripled in size—from about 560,000 to just over 1.5 million.

This rapid growth forced Calgary’s transportation officials to envision an Intelligent Transportation System (ITS) back in 1990—long before most of their North American counterparts were even considering the wireless world.

A wired city goes wireless
Even though the city was fortunate enough to own its own copper-wired traffic signal network, the system was limited geographically.

We don’t go to every nook and cranny of the city, and that is one of the major reasons, if not THE reason, we got interested in wireless. If we want to expand our own network, we have to dig up the road, put duct and cable in. An extremely expensive business. That’s why we thought: ‘There’s got to be a better way. 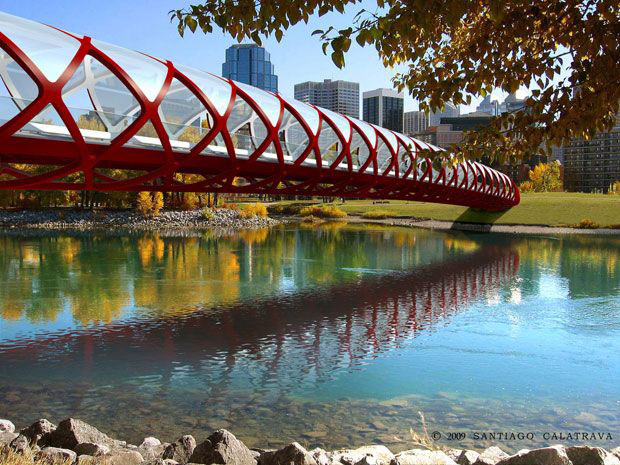 Meeting of the minds
A meeting between Radmanesh and then Encom president Ken Szgatti, whose Calgary-based company was then focusing on oilpatch telemetry, would prove to be transformative for both parties.

We first approached ENCOM, and said: ‘We have this traffic computer… and we want to see if we can use wireless communication to talk to some of our traffic signals.

The pilot project was a success for Stampede City. From the early 1990s, Calgary has deployed ENCOM serial radios for traffic signal management, CCTV-enabled broadband units, and variable message signage within the city.

Its rock-solid partnership with ENCOM has grown steadily, along with Calgary’s booming population. For ENCOM, the project was a catalyst that transformed the company into a North American leader in industrial wireless ITS systems—not only witnessing the evolution of wireless technology but also driving it forward through innovative solutions.

Success with secure communications, reliability, and options
Since 1990, ENCOM has installed approximately 40 model 5200 serial radios in traffic cabinets across the city, keeping traffic within the bustling berg flowing smoothly.

These rugged units use the latest in frequency-hopping spread spectrum technology while remaining protocol agnostic—providing secure, reliable communications in the harshest environments and fulfilling a wide range of applications. 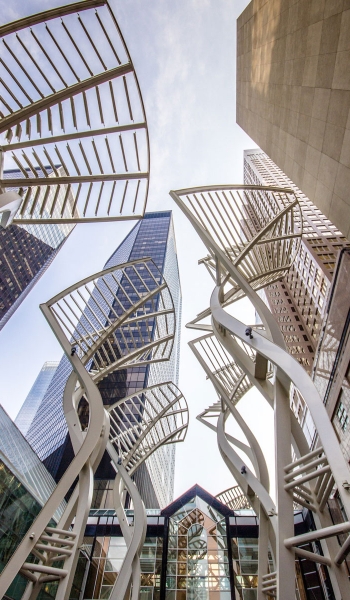 Win-win scenario
This collaborative project enabled Calgary’s traffic department to stay on top of its burgeoning population and gave ENCOM a head start on becoming the innovative leader in industrial wireless ITS that it is today.

City traffic officials credit ENCOM’s responsive customer service, easy deployment options and the affordability and reliability of their products as key reasons this long-term partnership has been so successful.

If we ever have a problem, ENCOM has been more than willing to come out to our site, talk us through, give us on-site training. Their stuff has been pretty much trouble-free. We’ve been trying to go to the ENCOM wireless stuff, just for the fact that they’re a little more professional.

Lasting quality goes the distance
ENCOM has also impressed its oldest ITS customer with its commitment to quality. That original pilot project is still operating, with a new generation of ENCOM serial radios having replaced the old legacy equipment. As for ENCOM’s broadband technology, Radmanesh is sold there, too.

In some of these intersections where we never had a camera, we went with ENCOM, because their product was good, in terms of capacity, and the price was reasonable. Subsequent to that, whenever we needed to replace equipment, we went with ENCOM as opposed to the incumbent, which was Verint (a big name in video transmission). We just thought ENCOM was a better product.

Agile expansion, intelligent solutions
The City of Calgary’s next project with ENCOM shows just how much faith it has in its longtime ITS partner.

The city plans to install ENCOM serial products along two wireless corridors that form diversion routes from Deerfoot Trail, in case of emergency situations or major accidents on the freeway.

Calgary’s traffic management centre wants bulletproof equipment that can handle a major traffic-signal timing plan change with no margin for error, and trusts ENCOM to fit the bill.

ENCOM is the company we’re going to go with, we have no wired network there, and we have no (trenching) plans in that part of the world. Wireless is the only way to go.